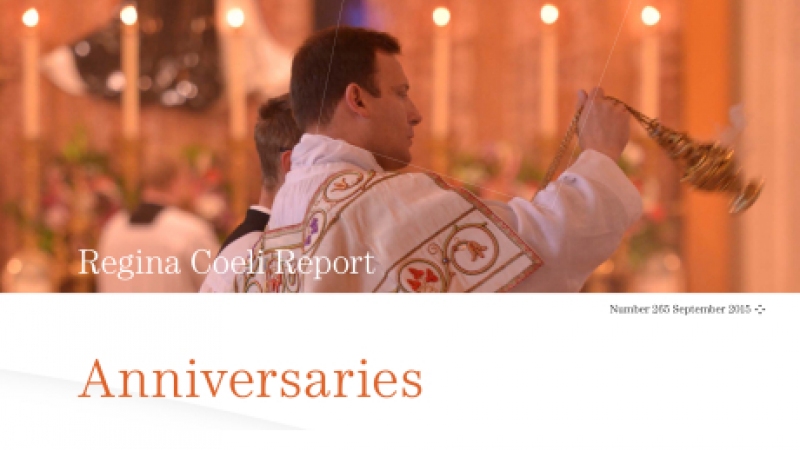 From May to August, in addition to May crownings and rosary processions, chapels held Corpus Christi processions and events celebrating the end of the school year...

Our little Society, and the Traditional movement at large, started as the little mustard seed sowed by Archbishop Lefebvre. It has grown into a large tree and the birds of the air come and take refuge in its large branches. The U.S. District is one such ramification and, number-wise, it is today the largest one. read the letter>

From May to August, in addition to May crownings and rosary processions, chapels held Corpus Christi processions and events celebrating the end of the school year...

Each year following ordinations, the Society has to consider how best to send its laborers, the priests into
the fields. The General House reviews what is needed and then determines which priests will be assigned to the
various priories...

Send us your photos illustrating a particular theme [Growing in grace and wisdom]. We will choose the best from all submissions received by the deadline [Oct. 15, 2015]. Entries will be judged on photo quality, artistic sensibility, and how well they tell a story best representing the theme.

Around 1985 a small group of Catholics sat at a kitchen table to discuss the possibility of getting the Latin Mass and sacraments in the Waterloo, IA area...

40 Years in Dallas-Ft. Worth

On Ascension Thursday, Our Lady of Fatima Catholic Church in Sanger, TX celebrated its 40th anniversary as a Society of St. Pius X chapel...

See which priests in the United States celebrate their priestly ordination anniversaries this year!

Read the entire issue in PDF