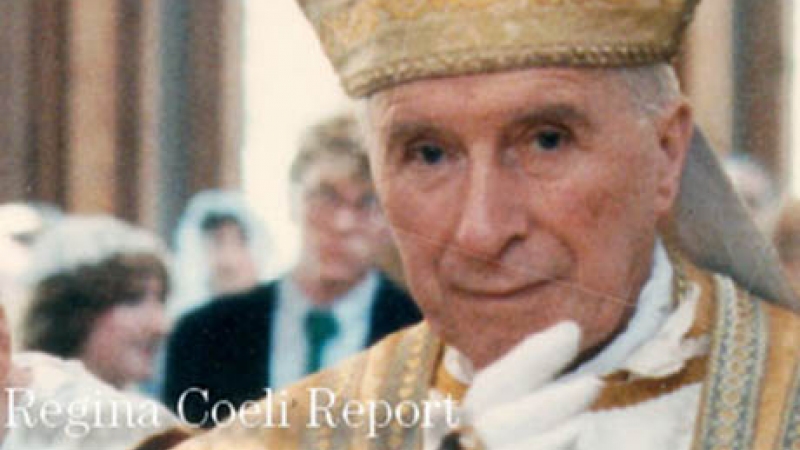 Discover the story of the impressive growth of the SSPX in the U.S. District featuring a timeline and special articles. Meet our new District Superior, Fr. Wegner, in a special interview.

In the decade following Vatican II, Archbishop Lefebvre founded our beloved Society of Saint Pius X. It corresponds to the dream he had in his cathedral at Dakar in the 50s.

The birth of the U.S. District

From the start, vocations from the United States were prompt and frequent. In 1970 Gregory Post, a young Carmelite, wrote to Archbishop Lefebvre in Econe, requesting permission to enter the seminary to continue his studies for the priesthood according to a Traditional formation.

The story of the Society in the U.S. owes much to priests like Fr. Hector Bolduc. Ordained in 1974 by Archbishop Lefebvre, Fr. Bolduc criss-crossed the U.S., opening chapels and organizing the faithful. He served as Southwest U.S. District Superior until 1984.

From garage to chapel

The rebuilding of Catholic life in the U.S. starts small. A small group faithful form around their concern with the innovations in the Mass promulgated after 1969. They look for a priest who can say the Tridentine Mass. Once they find their priest, the faithful meet in hotel rooms, rented buildings, family homes, funeral homes and even, in one case, a converted garage. Usually they can only manage once a month to celebrate the Mass of all time. All the while, they fervently pray that their mission will increase.

There were several challenges when Fr. Laisney arrived at his post as U.S. District Superior. The confidence of the faithful had been shaken...

Fr. Peter Scott’s tenure was characterized by active and militant combat for the doctrinal positions of Tradition, against those who wanted to follow compromising positions and those who wanted to use the Society for their own ends. During this time, priests constantly travelled to bring the Mass and the sacraments to the faithful.

When Fr. John Fullerton arrived, there were more missions and chapels than priests. There was no unified curriculum for the many schools. The District House, priory and Angelus Press were all located in Kansas City in the same buildings. This made it difficult for visiting priests who needed a more peaceful environment.

In the administrative structure of the SSPX, a seminary is established as if it were a separate district, with its own particular mission, its own superiors and special rules. Nonetheless, the seminary does not exist for itself or in a void, but inserted in a district, with which it materially shares territory, faithful and benefactors. The particular missions of Seminary and District are, on a deeper level, inseparable—they both have one and the same goal, the preservation of the Holy Sacrifice of the Mass and of the Catholic priesthood, for the glory of God and the salvation of souls.

Who are you, Fr. Wegner?

I am the second oldest out of seven children. We lived in a very small village in the Black Forest in the Southwest corner of Germany. We all attended primary school there and then went to high school in Gengenbach. We each learned to play an instrument, rehearsing every day. During our free time on weekends and for vacation, we worked at our grandfather’s farm, feeding the cattle, picking cherries or apples. We also helped our father with his work sometimes.

Read the entire issue in PDF