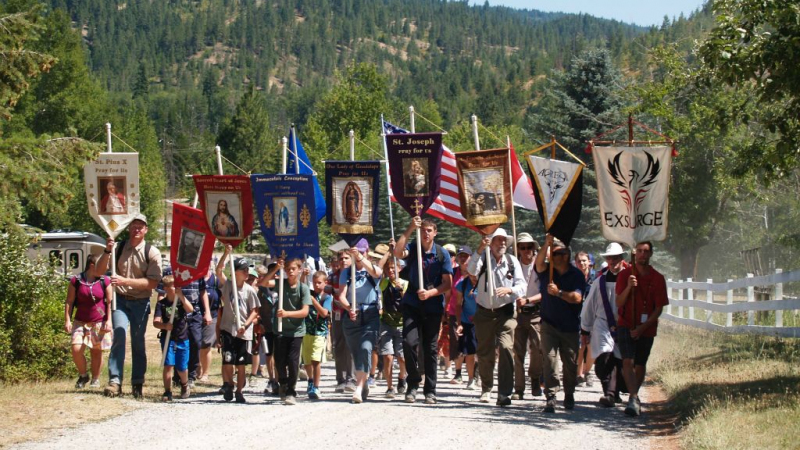 Pilgrimages have been an integral part of the fabric of Catholic life from the very beginning.

One of the earliest usages of the word is found in the writings of St. Augustine of Hippo (354-430). His work Peregrinatio described a Christian spiritual journey as a kind of self-imposed exile of the pilgrim in which he searches for God’s truth in his wanderings while visiting the holy shrines of the Faith.

Our Faith teaches us that we are all making our way to a sacred destination at which we’ll arrive at the end of our life. The practice of making pilgrimages here on earth can accustom us to the idea that there’s a good deal to be gained as we wander along the way.

In these modern times, a Catholic pilgrim has a relatively easy path. He can ride to the pilgrimage site in an air-conditioned car or cross oceans in a comfortable jet. In contrast, a Medieval pilgrimage (often given as a penance for serious sin) involved great hardship as the sinners were asked to walk barefoot and in tattered clothing, begging for food throughout the journey.

Yet spiritual benefits are still to be had in our day and opportunities abound for such a sacrificial journey. The Catholic Encyclopedia lists over 100 Catholic pilgrimage sites around the world, while traditional Catholics, seeing the need for this expression of religious zeal on American soil, have made many pilgrimages an annual tradition for decades.

In this issue of the Regina Coeli Report we have highlighted nine of the most popular pilgrimages in the US. Be inspired—and join your fellow pilgrims in a profoundly rewarding journey.