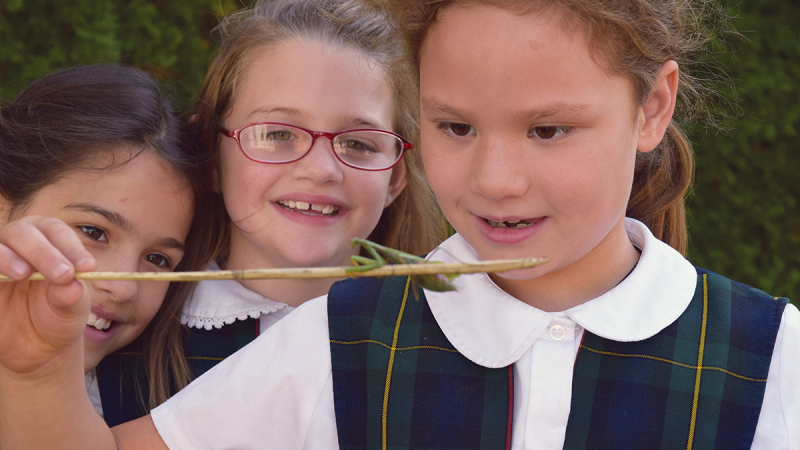 For we do not merely discern God’s existence from the natural world, but through faith know Him as Father, Son, and Holy Ghost—the Holy Trinity.

What do we mean by suggesting we can find God in nature? As Americans, we are no doubt familiar with invocation of “the laws of nature and of nature’s God” as a justification for emancipation from Great Britain in the Declaration of Independence. This thin theological reference to God, whose existence can be known through human reason, is obviously insufficient for us who belong to the Catholic Church, “the pillar and ground of the truth” (I Tim. 3:16).

For we do not merely discern God’s existence from the natural world, but through faith know Him as Father, Son, and Holy Ghost—the Holy Trinity. It is through revelation that we know God’s salvific plan for us, including the Incarnation of the Son of God who suffered and died on the Cross to save our souls.

This does not mean, however, that nature has nothing to show us about God’s goodness and love. Throughout the centuries, saints such as Francis of Assisi read spiritual truths in nature as others would read an ordinary book.

Though mangled by the introduction of sin, the natural world daily presents sights, sounds, and smells that are not simply pleasing, but awesome in their power to captivate us. From the touch of grass beneath our bare feet as children to the wider examples of unimaginable beauty located in Virginia’s Shenandoah Valley or Wyoming’s Grand Teton Mountain, the world around us whispers—and often shouts—the praises of our Creator.