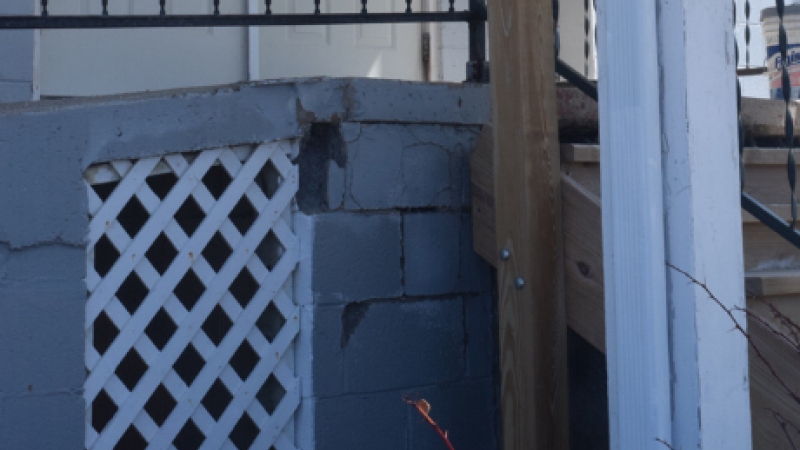 The second appeal letter of the recently-established Future of the SSPX Fund portrays the dire conditions of the St. Joseph Church and Academy complex in Michigan.

I said last month that the Society of St. Pius X is at a crossroads. We can certainly thank God and rejoice in all the ways He continues to bless Archbishop Lefebvre’s service for the benefit of the Church. Yet considerable challenges also confront us—both now and in the coming years. Prudence demands that we formulate a plan and marshal the resources necessary to ensure the long-term viability of the Society of St. Pius X in the United States.

As I share some of the key projects that are critical to our growth in this country, it makes sense to start where the archbishop himself started: in Armada, Michigan. It is also the month of May which is traditionally dedicated to mothers. It therefore makes sense to begin with the history of the parish that can be said to have “mothered” much of the work of the Society of St. Pius X in this country.

Although a country parish of 300 souls, St. Joseph’s has been the birthplace of many of our most fruitful apostolates in the United States. In the 40+ years since Archbishop Lefebvre first purchased the property, St. Joseph’s has been a seminary, a priory, a school (including both a boarding school for girls and a boarding school for boys), a novitiate for the Sisters of the Society of St. Pius X, and a busy parish.

A look at what is happening in Virginia helps us understand the influence of the modest parish of Armada. Many of the faithful who watch with enthusiasm the progress of the new seminary have little idea that this grand edifice first originated in the basement of a cinderblock structure in Southeast Michigan.

Archbishop Lefebvre opened this first American seminary in 1974, calling it the St. Joseph’s House of Studies. Parishioners constructed the large, functional building that serves to this day as the chapel for St. Joseph’s parish. The church basement is still divided into the small cells that housed the seminarians in those early years of the seminary, which eventually moved to Ridgefield, Connecticut in 1979. The generosity of the faithful of St. Joseph’s provided for the formation of these early traditional priests in the United States.

The Sisters of the Society of St. Pius X can also trace their American roots to Armada. The first American novitiate was established there in 1986. The sisters occupied the large brick farmhouse adjacent to the chapel until 1990, when they moved to larger and more suitable lodgings in Browerville, Minnesota.

That same year saw the establishment of a parochial school at St. Joseph’s for 35 children in grades K-8. Despite humble classrooms created from the seminary cells under the chapel and temporary modular buildings, the school grew and flourished, even attracting the attention of traditional Catholics in other states. In 1994 the first boarding students came to St. Joseph’s Academy followed by an ever-increasing flood of young men from around the country. By 2004 the school for boys was bursting at the seams. Finding no suitable property in the immediate area, Fr. Michael McMahon saw a unique opportunity in Georgetown, Illinois and moved the boarding school there in 2005, re-naming it Notre Dame de La Salette Boys Academy.

We can say that St. Joseph’s has been like a mother who has given birth to and nurtured three of the district’s major initiatives in their early years: St. Thomas Aquinas Seminary, the Sisters’ Sacred Heart Novitiate, and La Salette Boys Academy. Each apostolate has matured and outgrown the humble surroundings in Armada, finding more fertile soil for growth and expansion elsewhere.

Forty years later, St. Joseph’s Church and Academy continues to meet the spiritual needs of traditional Catholics in the rural/suburban areas north of Detroit. However, her contributions to the apostolic work of the Society of St. Pius X in the United States have not been without cost. Despite a solid and thriving group of faithful in this historic parish and a school full of vibrant youngsters, the buildings of St. Joseph’s Church and Academy have weathered almost to the point of extinction. A tour of the academy today reveals portable classrooms due for replacement over 20 years ago. Sinking and cracking foundations have led to uneven floors, leaking windows and sagging doors. Rotting floor joists creak under the weight of classrooms full of eager students.

In the winter months, insufficient heating systems can barely keep the classrooms at a safe temperature, and the official school uniform has even been altered to include mandatory fleece jackets and optional boots when the cold becomes unbearable. During the coldest spells classes have been cancelled for weeks at a time or moved into the old seminary rooms in the damp church basement.

In recent months a fire alarm system was added to the portables to ensure the safety of the students, but nothing could be done to consistently provide safe water for the children. The aging well and water system is unable to generate water that will pass health department inspections, so the children bring bottled water from home.

Lest I paint a picture that is completely bleak, I must mention the smiling faces that fill these dilapidated classrooms. There is no lack of youthful energy here! A student body of 62 boys and girls works hard at their daily lessons under the supervision of 11 teachers and two priests.

See some images of the Armada complex and students>

Like the United States District as a whole, St. Joseph’s is at a crossroads. Without a substantial building project in the near future, the school will no longer be able to educate those whom Providence has entrusted to her care. Thanks to the efforts of the current pastor, Fr. John Brucciani, St. Joseph’s is in the early stages of a capital campaign. Nicknamed “Operation Philomena,” this initiative aims to raise nearly $2,000,000 in order to provide a suitable building to serve current and future generations. The challenge requires courage but the goal is attainable, and one quarter of the needed funds have already been donated by faithful souls who understand the spiritual and academic needs of these precious children.

As I mentioned above, this parish has nurtured initiatives that spread far beyond the borders of Michigan—so help for her must come from beyond Michigan as well. Will you please consider a financial gift in honor of all that St. Joseph’s has given to the Society of St. Pius X in this country?

Will you be part of the solution to provide St. Joseph’s Church and Academy with the solid foundation on which to build for the future? Who knows how many additional apostolates will spring from the fertile soil of Southern Michigan if the faithful there are given the chance to rebuild her infrastructure and continue its work for the glory of God?

Will you consider a gift of $250 or more to help with this critical project?

Begging the intercession of the best of all mothers, I remain,

Sincerely yours in Christ,

P.S. In this month of May, as we consider all that we owe to our earthly mothers, the faithful who benefit from the work of the Society of St. Pius X in this country should reflect on the many graces that had their birth in Armada, Michigan. Please prayerfully consider how you can play a part in helping continue our work in Southern Michigan for future generations of Catholics.

Help us build churches and schools, expand our works, and care for our elderly priests!

FAQ video sidebar: 01 What is the SSPX?

40 Years of Fidelity: SSPX
Get the DVD>

What makes this building so special?

Watch this presentation of our school!

A video about Catholic education!