July 2013: Devotion to the Immaculate Heart 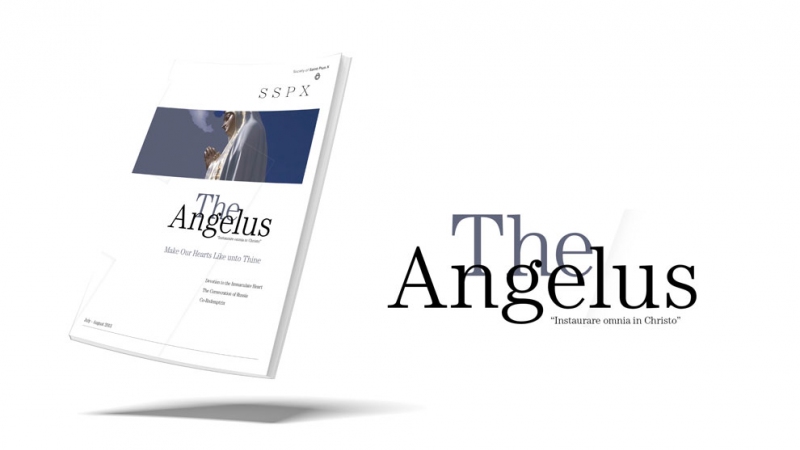 Although it is not really new, devotion to the Immaculate Heart of Mary was formally requested by Our Lady at Fatima as the ultimate sign of hope for both societies and souls. She used forceful words that suggest a total change, for the better if heeded, for worse if scorned.

How can such a humble gesture of gratitude and love to Our Lady be fraught with such consequences? How can the spiritual realm so affect the material world around us? This is the question addressed in this issue which brings to the forefront the other aspect of Mary’s life—“powerful as an army set in battle array.”

St. Louis de Montfort, one of the greatest Marian saints, says the following early in his treatise True Devotion to the Blessed Virgin:

In truth we must still say with the saints: de Maria numquam satis. (Of Mary there is never enough.) We have still not praised, exalted, honored, loved, and served Mary adequately. She is worthy of even more praise, respect, love and service" (§10).

It is in this spirit that we have dedicated not only the theme of this issue, but our annual conference in October to her. Perhaps we run a risk of complacency here as we often do in life: we know we should say the daily Rosary, we can recite the story of Fatima, perhaps we have even made the First Saturdays. But do we realize the extent of her power before the Throne of God? Do we take the message of Fatima to heart and really devote our lives to her Immaculate Heart?

Do we believe Our Lady has the power to end the crisis whenever her Son wants? It is all too easy to reduce our status as traditional Catholics to one of criticizing the very real problems in the post-conciliar Church. But, in fact, one could say that the essence of the Faith in its fullness is the knowledge, love, and service of God, through the Blessed Virgin, so that we might save our souls. If we are not striving to be saints, it is all for naught.

So let us turn to Our Lady, whose solicitude for our souls and for the Church is unparalleled. Let us beg her to return the Church to its former glory and hasten the restoration of all things in her Son. We know it is her desire; it is up to us to do our part.

Devotion to the Immaculate Heart

Three times in 1916, three little children saw an Angel. The following year, Fatima became famous. Our Lady appeared from May to October on the 13th of the month. She came and spoke to Lucy, the oldest. Jacinta heard the words, but Francisco was only able to see the visions. Author: Fr. Pierre Duverger

The Consecration of Russia

The apparitions of Fatima are all about the devotion to the Immaculate Heart of Mary. It is the will of God that this devotion be recognized and promoted in the Church by the authorities of the Church. Our Lady’s request of consecrating Russia has to be considered in this light. Author: Fr. Pierre Duverger

Co-Redemptrix—Our Lady as Necessary but Secondary Cause of Redemption

A mother has two roles, one by which she nourishes her children and the other by which gives her own being to them. The first role is material, and includes carrying the child in the womb for nine months, feeding it at the breast, and burping it on her shoulder. The second is formal, and demands that she identify herself with her child in the totality of its life: its aspirations, its choices, its goals, its destiny. To accomplish the first role, she sacrifices material resources; to accomplish the second, she sacrifices herself. Author: Fr. Paul Robinson

Who Are You, O Immaculate Conception?

In general, it can seem that we already know, that we are already acquainted with who the Mother of God is, but in reality we must confess that we know very little about her. There are a few books about it, but all that isn’t much, they are just little first tries. It is like an unknown world." Author: Fr. Albert, OP