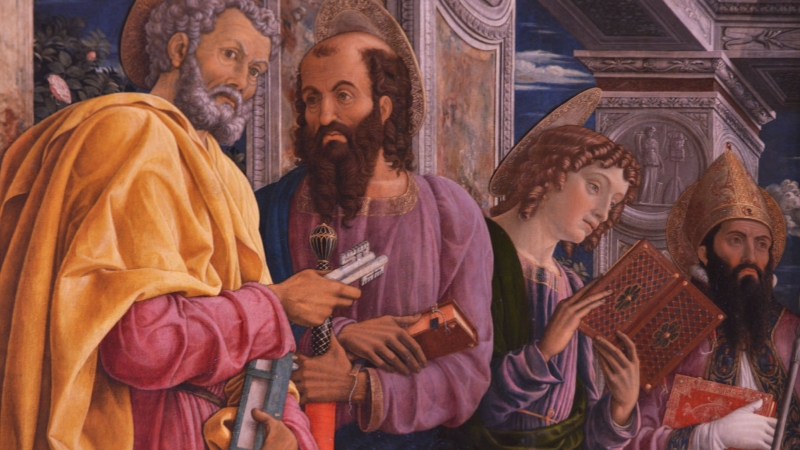 In this issue of The Angelus we treat the Episcopacy with examples of outstanding bishops, like St. Thomas Becket and our dear founder. Other perspectives allow us to form a more complete picture of the key role of these Princes of the Church and their impact on history, especially in the dual between China and Rome today.

When he was still alive, a priest asked Archbishop Lefebvre a rather incongruous question. “Your Excellency, if, in this time of crisis, you were elected pope today, what would your first preoccupation be in order to remedy the situation?” The Archbishop took up the quip but gave it a serious turn, and answered gravely but without a moment’s hesitation: “Well! If I were in charge, I would first of all make sure to provide good bishops and back them up fully in their traditional endeavors.”

Christ’s Church indeed was founded on the twelve Apostles with St. Peter at their head. And this has been continued till our own days with the pope as the absolute head of the hierarchy, but assisted locally by bishops who enjoy full jurisdiction over their diocese with the triple power of governing, teaching and sanctifying. If this is so, much of the visible holiness in the Church stems from the bishops who wield so much influence over the priests and flock entrusted to them. In more ways than one, they are Fathers and shepherds and channels of graces to the flock, or the very opposite of it.

And, given the depressing situation in which the Catholic Church finds herself, accused from all sides with unspeakable crimes by the very media which do their utmost to spread immorality, it is our intention in this issue of The Angelus to treat of the Episcopacy with ex-amples of outstanding bishops, like St. Thomas Becket and our dear founder. An interesting insight is given in the oath and prayers of the Episcopal Consecration. Other perspectives allow us to form a more complete picture of the key role of these Princes of the Church and their impact on history, especially in the duel between China and Rome today.

And so, as you roam through this latest Angelus magazine, you will certainly be repeating exactly what the Archbishop said when he was alive. And, before you think, you will utter an earnest prayer, in order to speed a true restoration, that God will raise men of character as leaders of His Church on earth.

Read selections by downloading the below PDF: